Study at The Northern School of Dramatic Arts, based in the thriving heart of Manchester.

ABOUT THE ARDEN SCHOOL OF THEATRE

If you dream of forging a career on stage, set or screen, and you’re ready to dedicate yourself to turning your dream into a reality, our Arden School of Theatre is just for you. Whether you aspire to be an actor, dancer, all round performer or backstage leader, we’re committed to helping you develop your skills so that you stand out from the crowd as you pursue a career within the arts.

You’ll work with knowledgeable tutors who are established professionals in their respective fields.  You’ll also benefit from our status as a Spotlight-approved provider, which signals to everyone in the industry that your training has met the highest possible standards. It’s hardly surprising that our students go on to achieve great things, from lead roles in hit TV dramas and soap operas to starring in West End productions. Some of the names you know and love started their journeys with us.

What’s more, you’ll be among the first students to learn in our fantastic, state-of-the-art facilities, including a 180-seater industry-standard theatre and fully equipped music studio, at our brand new City Campus Manchester, which is located opposite the AO Arena right in the heart of Manchester city centre.

As a student of our Arden School of Theatre, you’ll join a community with a strong set of values that will be instilled from day one - adaptability, confidence, creativity and discipline.  You’ll also benefit from learning in industry-standard, state-of-the-art facilities at our brand new City Campus Manchester.

We’re committed to providing all our students with a career-focused learning experience and if you’re going to succeed in the arts you need to be prepared to work extremely hard.  This means you’ll be in four or five days a week and you can expect to receive a lot of intense training that is primarily practical.

All the hours of practice you put in will be worth it though. You’ll graduate with experience of a range of disciplines and a broad professional network from a drama school that is renowned and respected in the industry.

VIEW ALL
The Arden School of Theatre

Reasons to study with us

Spotlight is the industry’s casting network and all professional castings go through their network.

The Arden School of Theatre are a Spotlight approved programme provider. Spotlight is the industry’s casting network and all professional castings go through their network. Being a graduate member school means The Arden School of Theatre meet Spotlights’ expectations of conservatoire training as well as providing our students with other opportunities including graduate discounts, their performances listed on Spotlights, calendar of events, access to free workshops, and eligibility for Spotlights’ Industry Showcase.

Our long-standing links with industry partners provides students the opportunity to work with and in a wide variety of theatres across Manchester and the North-West.

Students on the BA (Hons) Theatre and Performance at The Arden, will be able to work closely with some of the region’s most innovative and experimental theatres.

These relationships provide students with many fantastic opportunities and experiences that will help them to further develop their skills and experience and provide an exclusive link to the professional world of theatre production.

City Campus Manchester opened in September 2022 and is the new home of The Arden, with brand new facilities designed especially for your degree.

Industry-standard facilities that have been developed specifically for your course, include:

Many of our teaching staff have extensive experience in tv, film and stage performances.

Many of our teaching staff have extensive experience in tv, film and stage performances.

MEET SOME OF THE TEAM

Head of Theatre and Performance

Marie started her acting career at The Young Vic Youth Theatre, London after graduating with a degree in English from Liverpool University.

Marie has worked extensively in television where she has performed alongside actors that include Kenneth Branagh, Keeley Hawes, Michael Gambon Stephen Graham, Vicky McClure and Olivia Colman.

Marie completed a postgraduate qualification in teaching at Central School Of Speech and Drama and has since trained with international acting coach and Meisner specialist Larry Silverberg and Hollywood acting coach Ron Burrus from The Stella Adler Studio in New York.

Will specialises in the study of movements in performing arts in historical context and performance theory. Will teaches on the Acting for Live and Recorded Media, Musical Theatre, Vocal Studies, and Theatre and Performance programmes.

Will completed his MA study at Lancaster University in 2013 after undergraduate study at The University of Cumbria. For the past ten years, he has been investigating the links between radical political and artistic movements, particularly the notion of a British Avant-Garde. He has published and presented several papers around this subject and has reviewed texts for New Theatre Quarterly.

Will established DIY West End Theatre Company in Morecambe in 2017 (in conjunction with the UK Centre of the International Theatre Institute) and works frequently with this group to promote performance “to regenerate the health and wealth of the town” and as a director and producer of both new and established work.

Away from work, Will lives with two middle-aged goldfish, is a keen walker and runner and has the ambition to complete a marathon before the age of 40.

Wayne has been making theatre, both solo and as a co-founder of Escape Theatre, since 2004. His work explores autobiographical experiences and the vulnerability of memory to map, challenge, and document social change, often exploiting and experimenting with technology as a second performer to represent voices that are, for a number of reasons, not present.

His practice has been continually supported by hÅb, and previously greenroom, through Method Lab and Works Ahead commissions. His performance work includes Escape in Chic (2004), Nought Point Nought Seven Nine per Hour (2005), Losing (2008), How I Lost the Pound Coin (And Why I Want It Back) (2009), (and two) (2012), Now|Then (2017), From Me To Us (2020). He has delivered contemporary theatre workshops across Europe, at higher Education institutions in England, Spain, Norway, and Denmark. Through his role as Head of Theatre and Performance (TaP) at the Arden School of Theatre, he trains creative performers to make postmodern, innovative, and evocative new work.

His 2019 doctoral research explored the performance of memory in connection to placemaking, specifically located in his home city of Hull during its year as City of Culture in 2017, and resulted in the critically acclaimed Now|Then. He has presented his academic research in theatre, performance, and memory at a number of conferences both nationally and internationally including at Theatre and Performance Research Association (TaPRA), Queen’s University Belfast, and NCTE’s Assembly for Research in Birmingham, Alabama. His most recent chapter ‘From the Screen to the Streets: Translating Digital Engagement into Performance Practice to Facilitate Multiple Contributions to Placemaking’ is published in IAB’s Negotiating Place and Space through Digital Literacies (2019).

He is also collaborative founder and senior lecturer for the trans-Pennine MA in Performance Practice with Sheffield Hallam University. 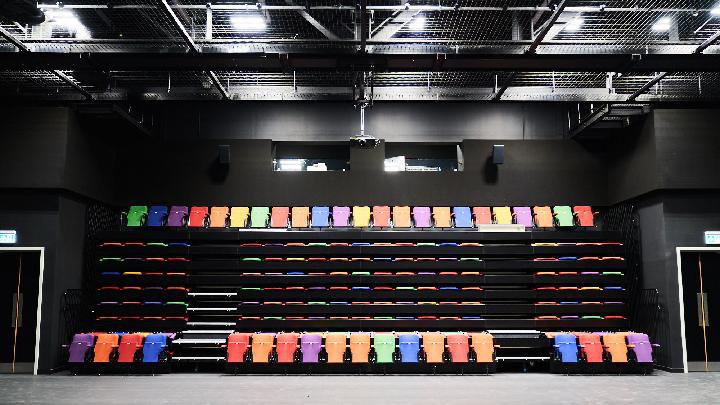 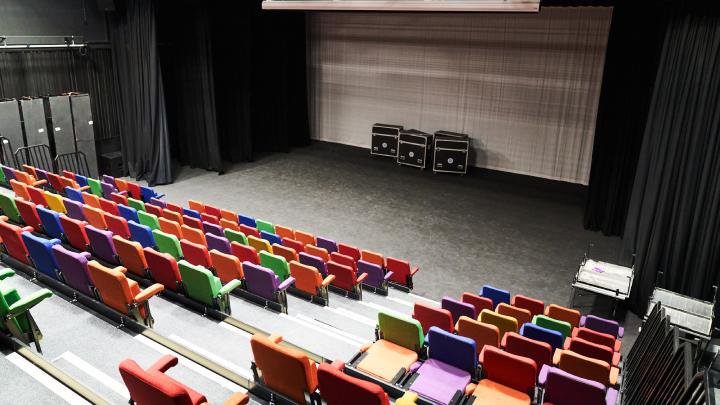 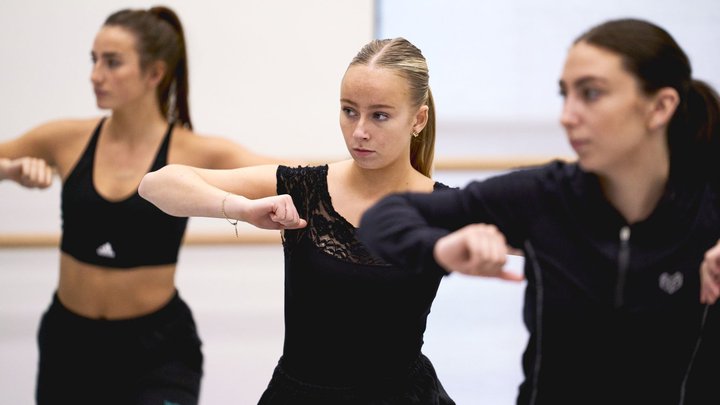 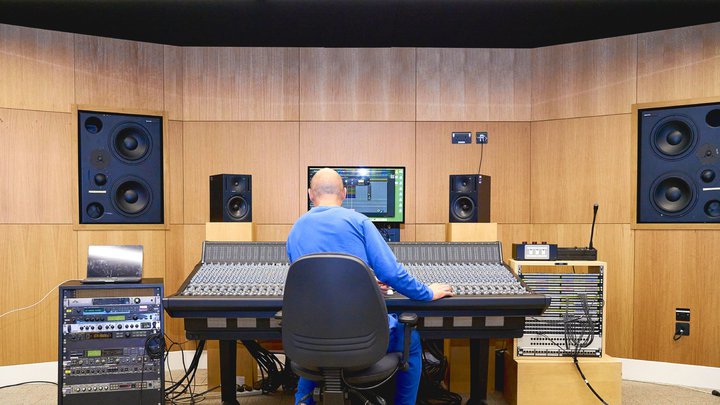 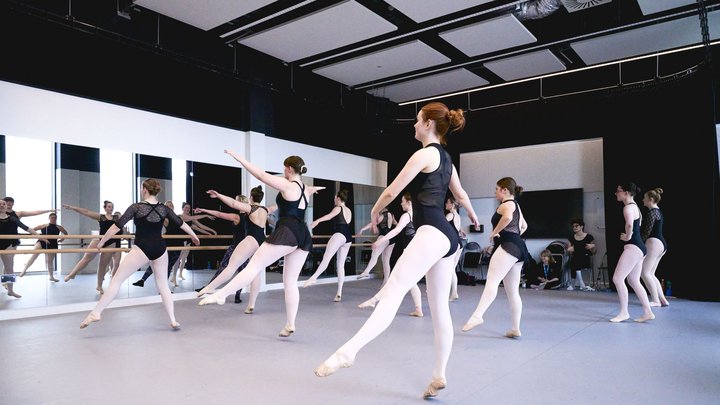 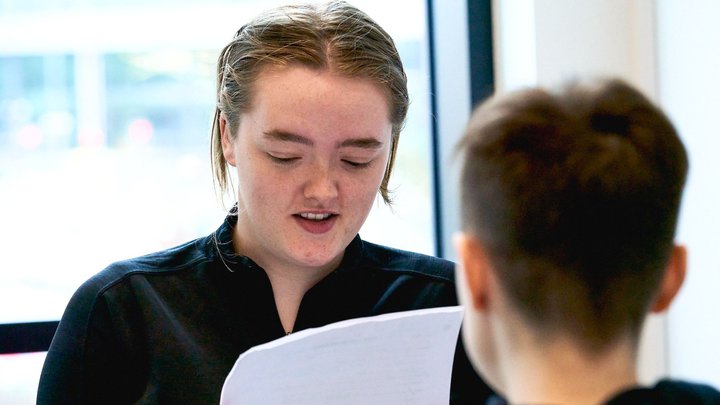 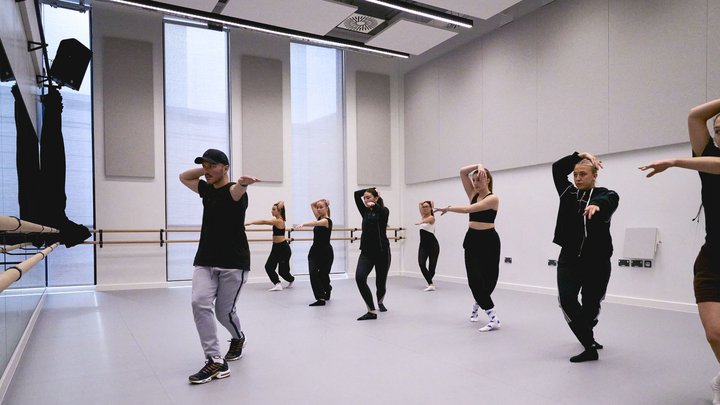 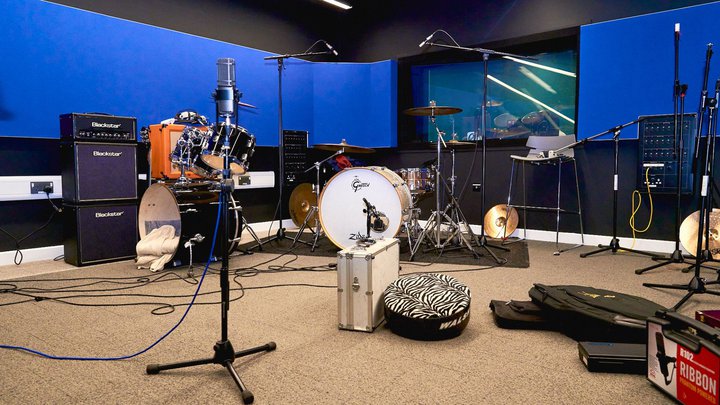 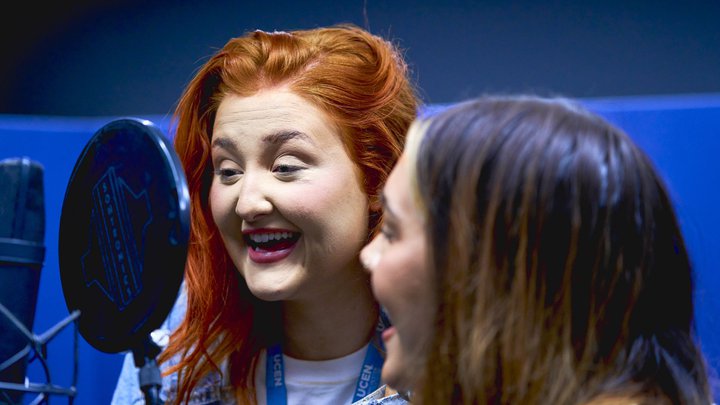 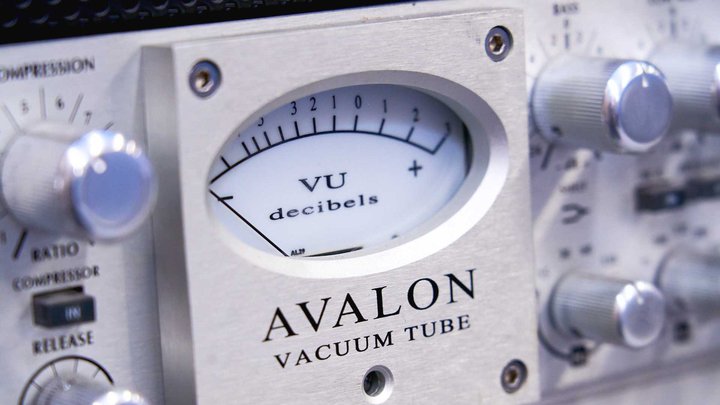 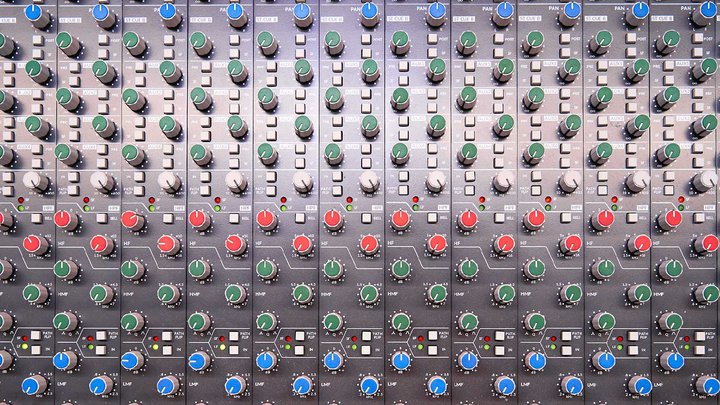 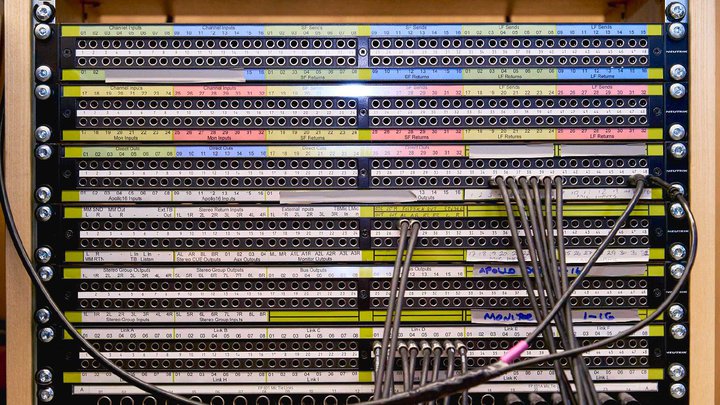 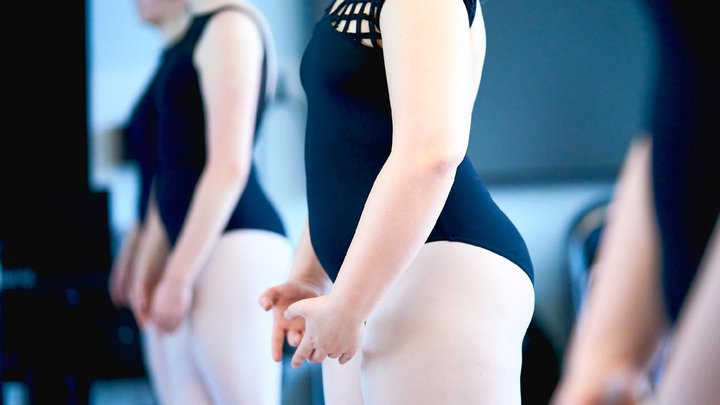 Use of the main theatre, fully equipped to industry standard. This is where you will perform your showcases:

The Arden School of Theatre
and Performing Arts Hub

We are The Arden, a drama school in Manchester training the performers of the future. We're part of UCEN Manchester, which is a network of creatives, all embarking on their own personal journey to becoming professionals.

What our students say...

A jam-packed, versatile course that explores unexpected horizons within Musical Theatre and helps you discover your self-worth.

I would highly recommend this course, the tutor support is fantastic.

I’ve gained so many diverse skills that have rounded me as a performer.

There are thousands of UCEN Manchester graduates who’ve found their future with our help. 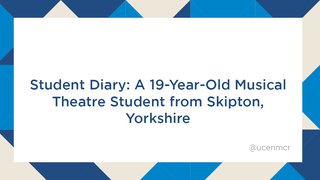 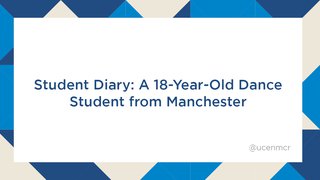 Get the latest news, views and stay up to date with what's happening at UCEN Manchester.

Our teams are here to help, whatever your query.