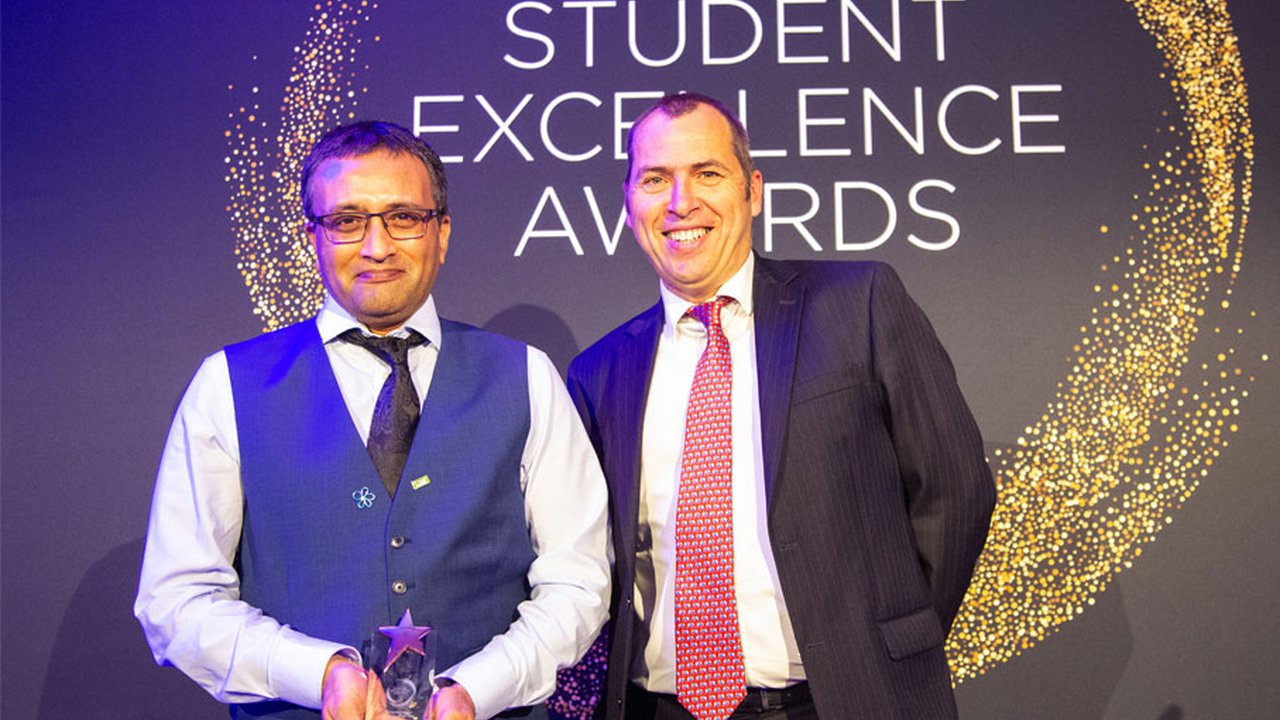 Vejay Patel was crowned UCEN Manchester Student of the Year at the Student Excellence Awards 2019.

It was joy for Vejay after being crowned UCEN Manchester Student of the Year at this year’s Student Excellence Awards.

Students from UCEN Manchester joined students from The Manchester College and learners from apprenticeship provider Total People at The Midland Hotel in Manchester, where they were recognised for their outstanding achievements.

Among the 21 category winners, Vejay was nominated for being an exemplary student. Working in the Health and Social Care Sector, he was praised for showing great empathy, integrity and resilience and for always making “valuable and tangible links between theory and practice to enhance his studies.”

An overwhelmed Vejay said on the night: “I didn’t expect that at all. I’m a widow and my wife would be very proud, that’s all I can say, she’d be proud.

This has been 30 years in the making for me, I’m still trying to believe I’m even nominated. I know that I’m now someone in my mother’s eyes and that means a lot.

Michael Walsh, Dean of UCEN Manchester, said: “It’s great to be at the second annual UCEN Manchester Student Excellence Awards. The field gets stronger every year and it was a real challenge to narrow it down to three finalists. Vejay is a very deserving winner, he is an exemplary student who always goes to the extra mile.”