Helping in the fight against coronavirus 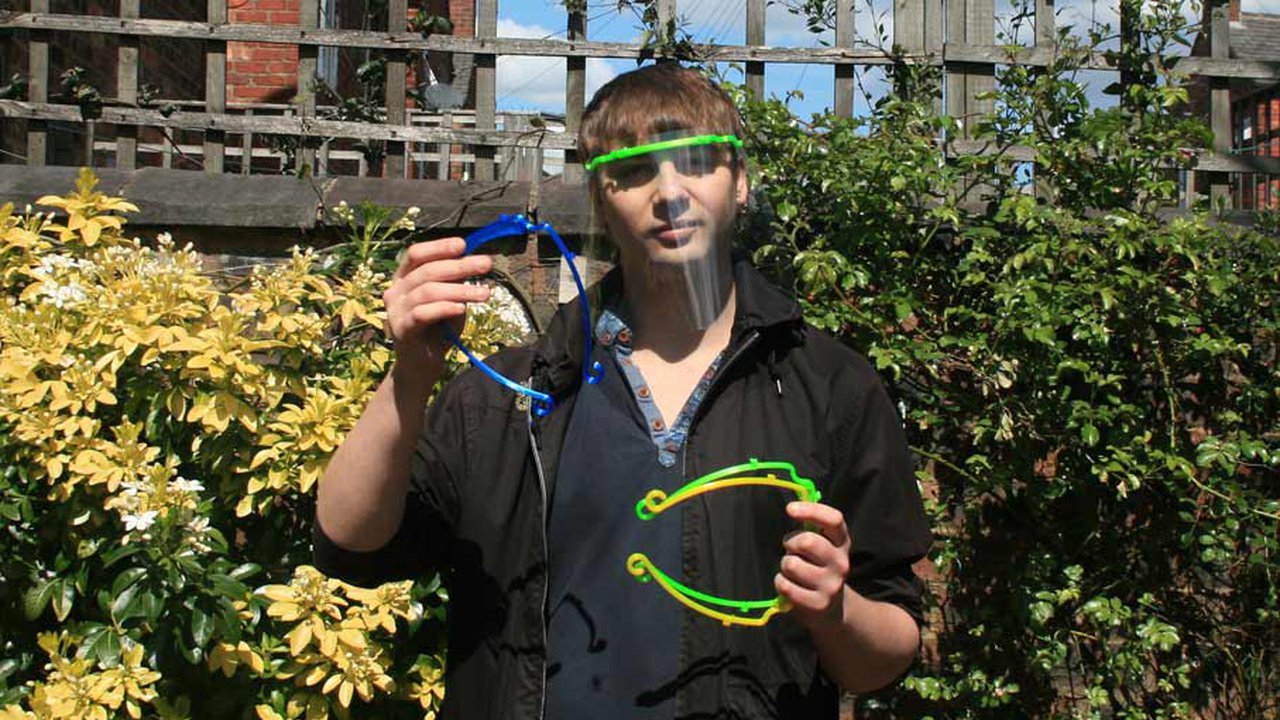 Students have been producing PPE for NHS frontline workers

Students at UCEN Manchester and tutors at The Manchester College have been helping in the fight against coronavirus by producing Personal Protective Equipment (PPE) for NHS colleagues.

Access to HE medical science student David Gardner, who studies at UCEN Manchester, has been putting his FOUR 3D printers to good use by producing over 1,500 face shields to medical staff across the country.

David, who will start a BSc in Plant Sciences at Edge Hill University in September, and his two housemates have been printing a range of six different face shields for health care colleagues from the Scottish Highlands to Canterbury.

He said: “A couple of weeks ago I joined a dental and medical Facebook group and it was my housemate who suggested using our printers to create mask for staff who did not have PPE but were expected to treat Covid-19 patients.

I added a 20 second video to one of our printers in action onto my own Facebook account and by the next day, it had received thousands of views and we received 10,000 orders.

“Our only limit now is that we’ve run out of acetate and sheets, but it has been great to be able to help people and see our efforts be put to good use.”

David has set up a gofundme page to raise money to buy materials and raise funds for two other organisations.

At The Manchester College, Media tutors Katy Rushton and Ben Elson, along with Advanced Practitioner Anna Kettlewell, have joined forces to make protective visors and ear guards for face masks with a 3D printer and files available online.

Katy said: “I have friends in the NHS who were saying they could do with bits and pieces as they know I have a 3D printer. I started out just wanting to keep them safe, then once I knew I could produce the items put a shout out on local Facebook groups.

“We have a DaVinci Mini 3D printer which has been a bit tricky as it’s smaller than most printers.

I am lucky as I am not a 3D specialist but Ben has helped me to refine the 3D models because that's his speciality as a games tutor.

"It's interesting how our media skills can be adapted to other situations.

“I had to print a few prototypes to get the visor design working beforehand. It takes about two hours to print five ear guards and four hours to do a visor in two halves as it is only small so I can't do loads in one go.  Hopefully Ben's revision of the visor will speed this up a bit.

“Anna lives near me and offered to do deliveries as I don't drive, so it's become a bit of a TMC team effort with Ben and Anna offering to support me!”

Find out more about the wide range of courses available in our Access to Higher Education and Creative Arts and Digital Media subject areas.