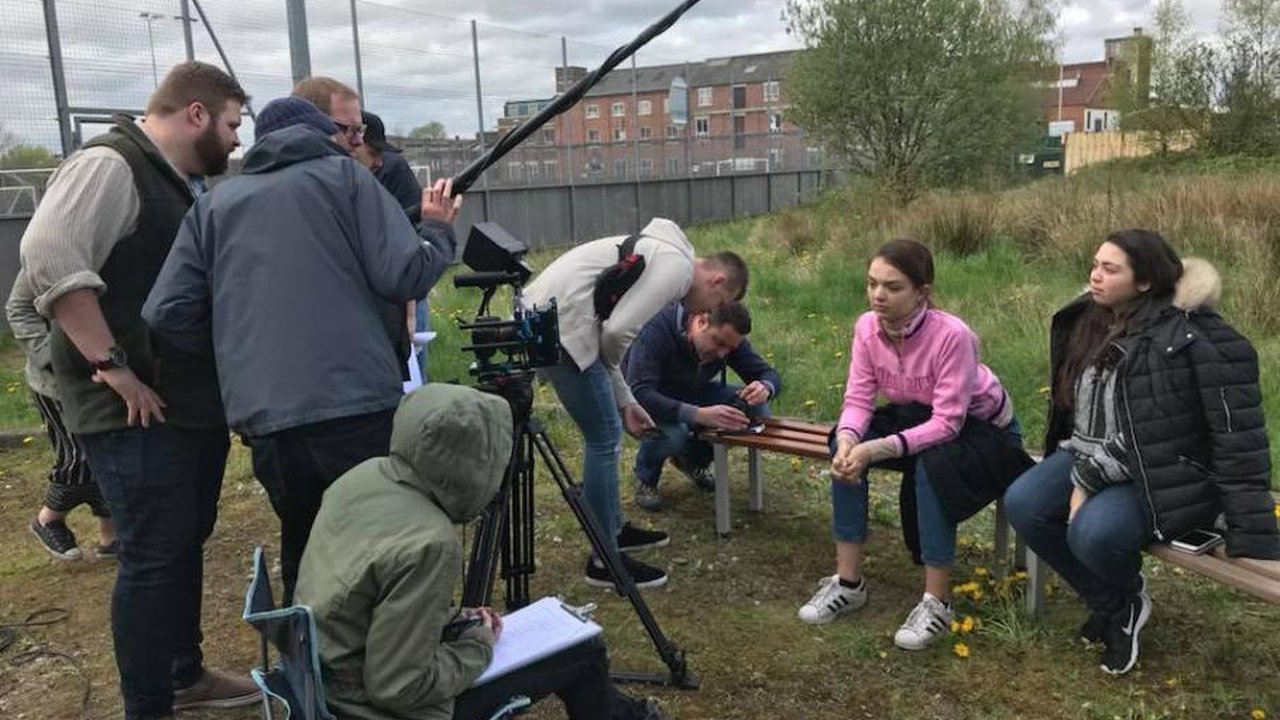 Teamwork proved productive when UCEN Manchester students from The Manchester Film School and The Arden School of Theatre joined forces to shoot fourteen films in a fortnight.

The experience enabled first year film school students to develop professional industry roles, such as director, camera operator and sound recordist, while working with aspiring professional actors from The Arden.

The end result was 14 three minute films, which will premiere at a special student screening at the end of the month.

Richard Evans said: “This was a fantastic opportunity.

“It required everybody to be super organised and determined to meet the challenge, which they did confidently.

Marie Mair said: “This has been an amazing experience and one we must take further.”

Jim Grainger, Director of Manchester Film School said: “This is an excellent example of what can happen when two courses collaborate, something which we are very keen to develop further across a range of courses.”