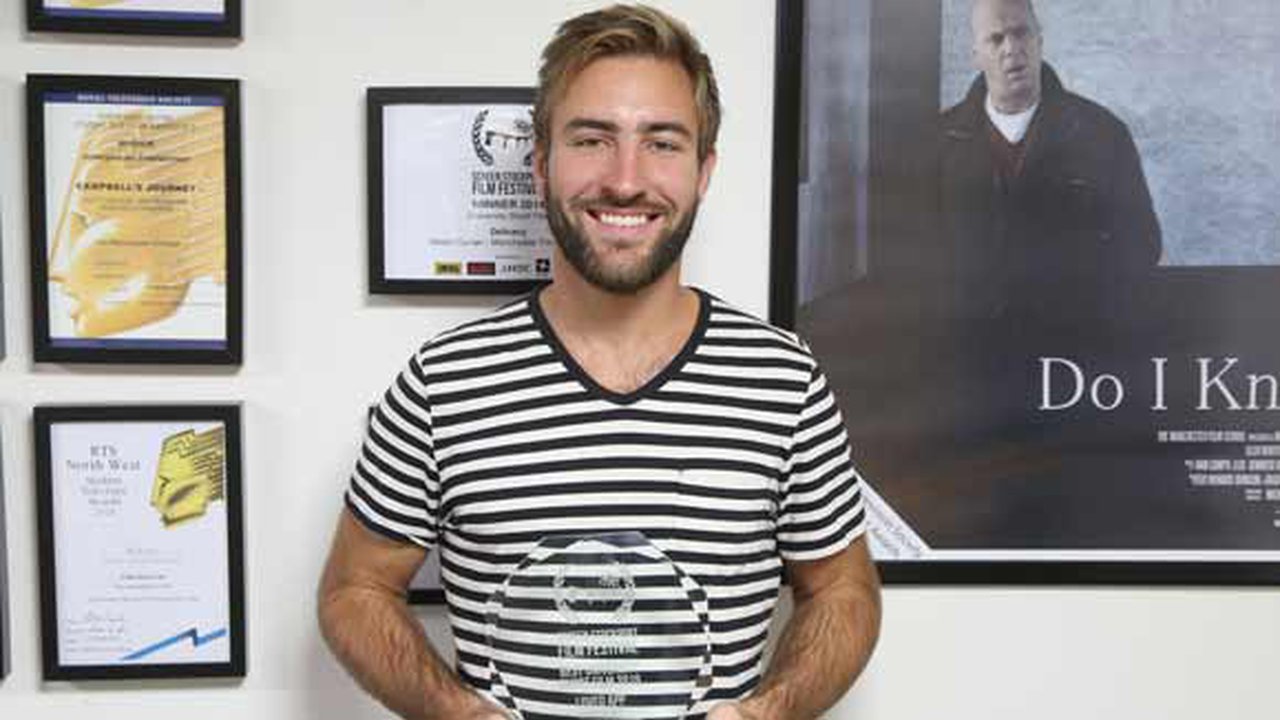 James Oliver graduated from The Manchester College in 2016 with a first class honours degree in Film & TV Production, cutting his teeth at the Manchester Film School.

James has since gained credits on four feature films, including ‘Stars on Mars’ and ‘Terminal Hospitality’ which were premiered at HOME cinema in Manchester city centre.

As part of his dissertation in the final year of college, James wrote and directed sci-fi thriller ‘Stars on Mars’. The film involved a crew of over 70 students working across film, graphics, 3D animation, make-up artistry and broadcast TV and also a 70ft long space ship! You can watch the trailer here: https://vimeo.com/199847167

‘Stars on Mars’ was nominated for a Royal Television Society award and another of James’ productions; ‘Loved App’ won the Screen Stockport film festival and was nominated at 15 other festivals globally. James has also represented The Manchester College at Laguna Film Festival in California, where he promoted his film to an esteemed audience of international film press.

James’ has already made great strides towards his ultimate goal of directing film and TV professionally. Well done James on your journey to amazing.