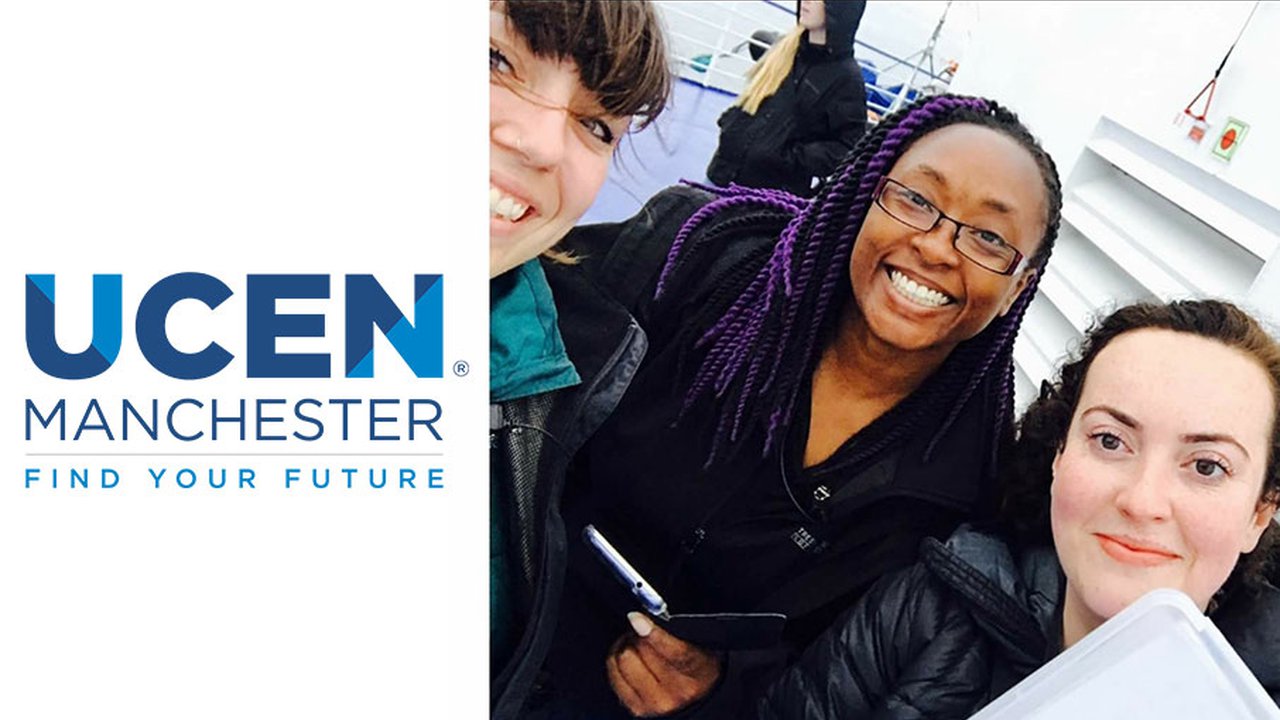 Manchester Film School teamed up on a trip to Belfast filming The Virtues, directed by Shane Meadows

Alex Hollowbread, Marika McCaulsky and Amy Mcintyre, all of whom graduated from the Manchester Film School, teamed up on a trip to Belfast filming The Virtues, Directed by Shane Meadows, giving a real UCEN Manchester feel to the production.

Alex Hollowbread came to the Manchester Film School, part of UCEN Manchester, to follow her dreams and pursue a career in Television. She applied with no industry experience or relevant qualifications but worked hard and rapidly established herself as the preferred focus puller on all student productions.

In her third year Alex secured a wide range of work experience which enabled her to establish a rapport with clients, building the foundations for a credible reputation in the industry.

Since leaving Alex has worked on a wide range of Films and TV dramas, including Poldark, Sherlock, This is England ‘90 and is currently in Corfu working on The Durrell’s.

Marika McCaulsky was a student on the first ever intake at Manchester Film School. She applied as a 19-year-old single mum, with very few qualifications, but with support from The Manchester College she established herself as a skilled Camera Operator.

Marika completed her two-year Foundation Degree and quickly secured paid work on a series of independent features and TV series. Marika has subsequently worked on Shameless, The Village, George Gently and No Offence.

Amy Mcintyre was Script Supervisor for Shane Meadows on The Virtues. Amy came to Manchester Film School after opting out of a Geography degree and quickly established herself as a student director. She directed two student films, which lead the film school to its first success at the Royal Television Society North West awards.

In her third year, Amy was much in demand by established freelancers as an assistant. Her mentor, Rhiannon Preece-Towey guided Amy through the early stages of her career and she has since gone on to secure the role of Script Supervisor on the HBO Mini-series, Catherine the Great, starring Dame Helen Mirren.

All three students are part of a powerful network which gives continued support, advice and employment to Manchester Film School alumni.

Individually these students have achieved real success in such a short space of time, but they also clearly demonstrate Manchester Film Schools’ commitment to equality, getting young women into the male dominated camera department.

The three of them undoubtedly came a long way since graduating and are perfect examples of the incredible talent nurtured and developed by dedicated professionals at The Manchester Film School.