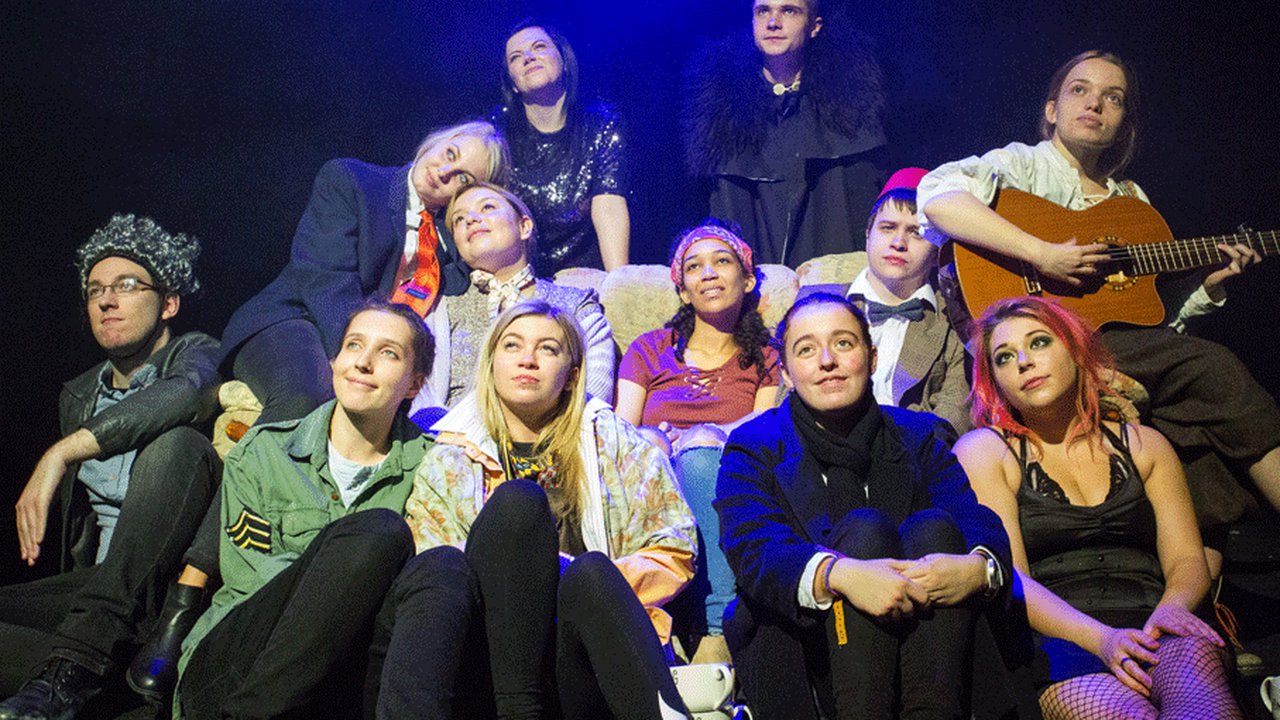 The Arden students to perform at National Student Drama Festival

All eyes are on final year BA (Hons) Theatre and Performance students at The Arden who have been selected to perform in this year’s National Student Drama Festival.

ARE YOU STILL WATCHING is one of only 12 productions to feature during the week-long festival, which will be held in Leicester from Saturday 13 to Friday 19 April.

Described as a glorious technicolour dream show about television, ARE YOU STILL WATCHING was created in collaboration with professional performance artists Eggs Collective, who worked with the students last year.

The National Student Drama Festival (NSDF) was founded in 1956 to encourage and celebrate the best and brightest student theatre in the UK. A festival selection team of performers, writers and directors travel round the UK throughout the year to watch a wide range of productions before selecting a final 12.

Wayne Jackson, Head of Theatre and Performance at UCEN Manchester, said: “This is the first time that The Arden has been represented and it is a phenomenal achievement.

Since September, the NSDF judging panel have seen over 120 performances from across the country and we are one of only 12 shows that have been selected.

Every year, the UCEN Manchester course invites a professional company to collaborate with students on their very own production. Two members of Eggs Collective, Sara Cocker and Léonie Higgins, spoke to us in October about working with the students.

They said: “They're such a great group of writers and performers and they've made a really lovely show. We've loved every minute with the students, and we’re looking forward to seeing the great things they all go on to achieve."

Explore the range of theatre and dance courses at The Arden.