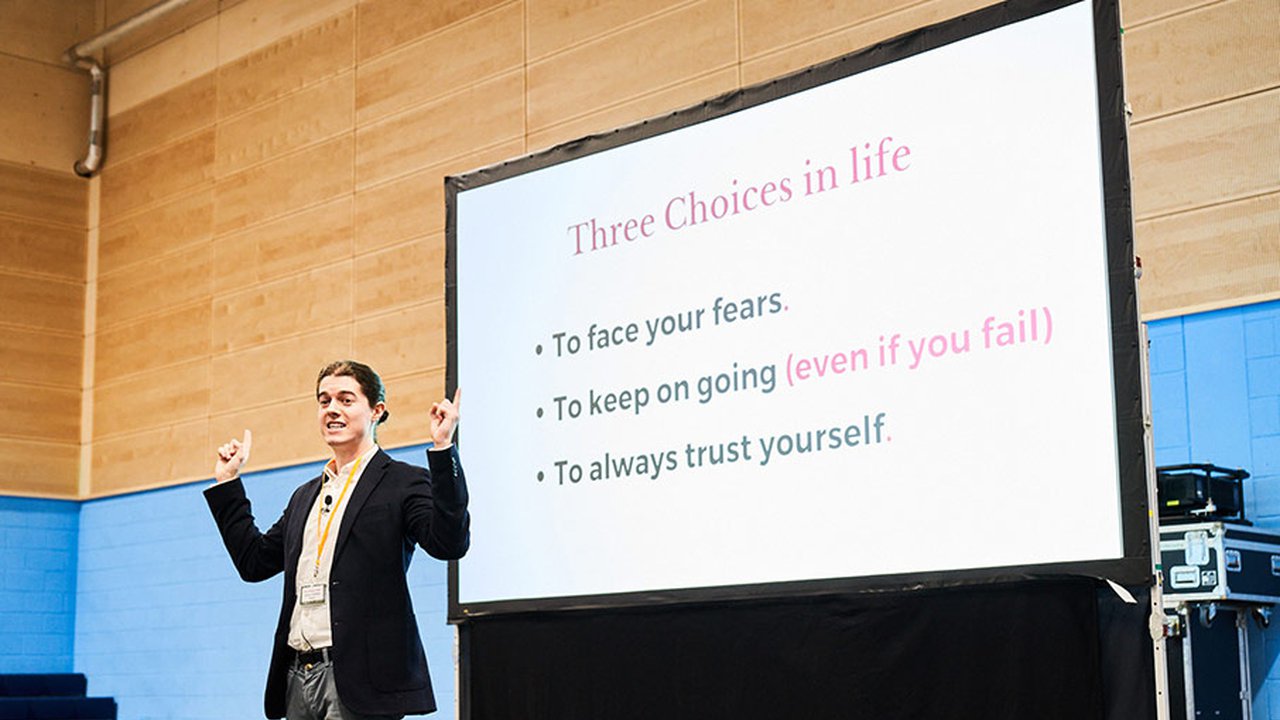 The start of something special for our students.

On Monday 28 February and Tuesday 1 March, we held our Student Conference alongside our Further Education partners, The Manchester College.

The two-day event, which was opened by our Dean, Michael Walsh, took place in the brand-new, state-of-the-art sports facilities at our Openshaw Campus and featured inspirational talks from guest speakers, including Adam Corbally, a finalist on hit show ‘The Apprentice’.

The first afternoon concluded with workshops delivered by Adam and Edward Hall, a professional speaker, confidence coach and actor.  On the second day, guests were treated to spectacular performances from The Manchester College’s Performing Arts, Musical Theatre, Dance and Acting students and breath-taking entertainment from students at our very own Arden School of Theatre.  There was also an expo showcasing an array of Further Education and Higher Education courses.

Maryanne Letham, President of our Students’ Union, said: “We spent a lot of time and energy planning the conference, but didn’t know what to expect because it was a first for both The Manchester College and UCEN Manchester.

“Now the event is over I can breathe a huge sigh of relief and I’m absolutely thrilled with the feedback that we’ve received from the staff and students that attended. I can’t put into words how grateful I am to everyone involved in organising and delivering the conference.  We had some unbelievably supportive and motivational guests, and the performances from our students were out of this world.  They really smashed it out of the park – I couldn’t be prouder.

The plan is to do it all over again next year and I’m already excited about our 2023 Student Conference.