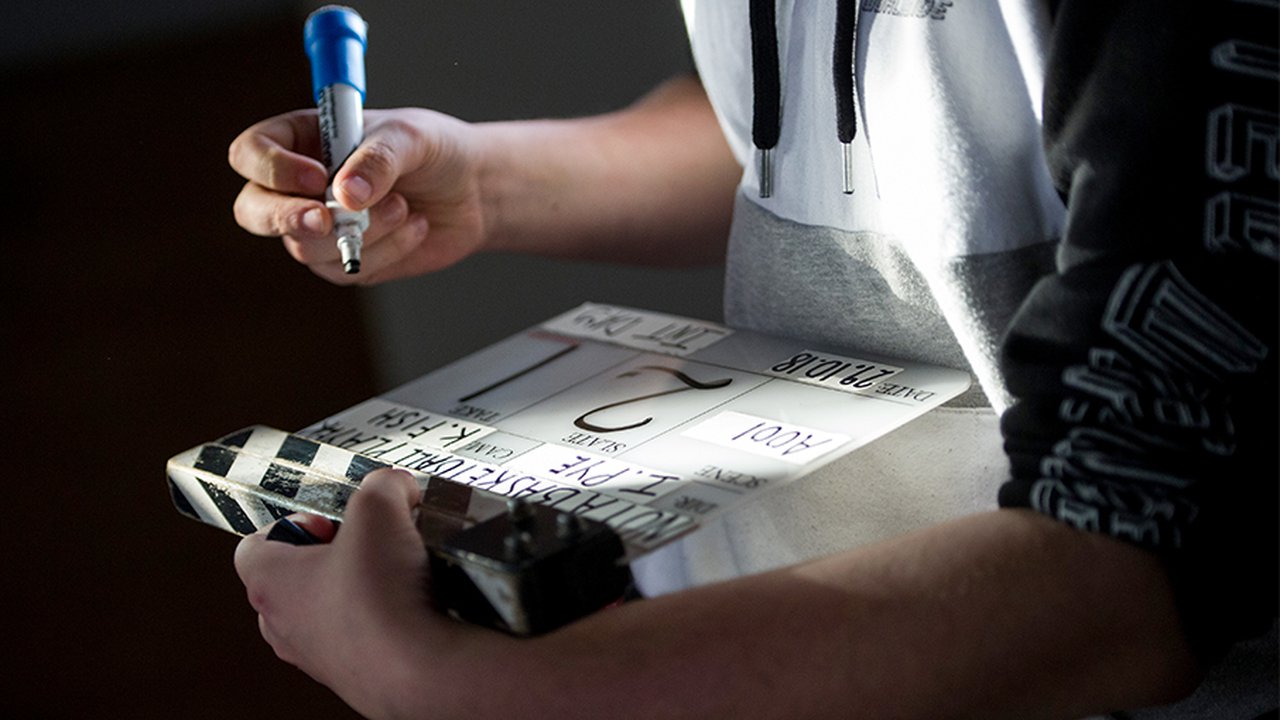 Three students from The Manchester Film School were successful in the RTS North West Student Awards.

Three UCEN Manchester students have won two prestigious awards for the fantastic films they have produced during lockdown.

Students Izzy Pye and Kitty Fish took home the Production Design award for their work on the film ‘Starting Now’, while Simone Walsh won the Writing award for her film ‘Forget Me Not’, which also received a nomination in the Scripted category.

Speaking about her success, Simone said: “It means so much to me to win this award, particularly the award for writing.

Forget Me Not is such a personal story to me and to have it recognised for the writing is just lovely. I am delighted to win!

It’s yet more recognition for ‘Forget Me Not’, which was also a finalist in the Short Film Category at the Prague International Film Festival. It also won the Best Student Short – Bronze Award at the Independent Shorts Awards in Los Angeles, where Simone was also recognised with the Best Student Director (Female) – Silver Award.

“These films are the result of months of hard work by teams of dedicated students across all three years of the course. It is particularly gratifying to see recognition for scriptwriting and production design as these are clearly areas we excel in, but we should not forget the work of the ‘unsung heroes’ who make up the rest of the crew, and last but not least the staff and technicians who create the environment where students can fulfil their potential.”

I am confident that these students will go on to greater things in the Film & TV industry, just like our students have done for the last 30 years.

Michael Walsh, Dean of UCEN Manchester, added: “I want to congratulate our Manchester Film School students, Simone, Izzy and Kitty on their prestigious RTS Award wins. Their success, particularly in what has been such a challenging year, is a testament to their commitment, hard work and talent, and everyone at both MFS and UCEN Manchester is extremely proud of them.”

On the back of this success, students at The Manchester Film School are already preparing for next year’s entries, with two studio set builds and a location shoot this week.