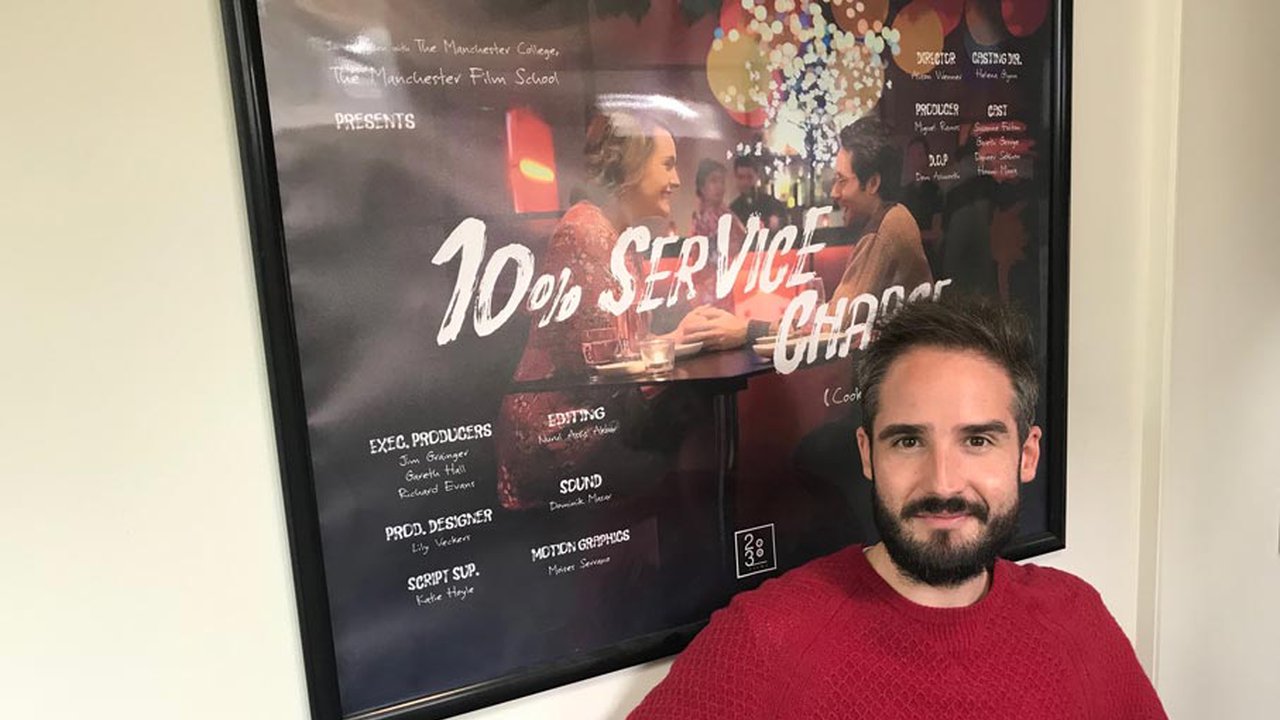 Winning UCEN Manchester students from The Manchester Film School were the stars of the show after scooping a prestigious award.

The short film 10% Service Charge was named winner of the Student College Higher Education Award at the Learning on Screen Awards 2018, part of the British Universities Film and Video Council.

A panel of judges praised the romantic comedy for its slick production, excellent lighting and ‘spot on’ humour, which was co-written by students Alison Wenner and Miguel Ramos Artime.

Producer Miguel Ramos Artime, a third year BA Hons Film and TV Production student, said: “The win was totally unexpected, I had to improvise my speech on the night of the awards!

“This film is the first time I have taken on the role of producer.

“I think the overall quality of the project, including the concept, the dialogue and set design, meant that we won the award.”

He added: “It was great to have such a diverse group of students with different visions and backgrounds working on the project.”

The film has now been entered into three more award ceremonies across the globe and talks are taking place with a film distribution company in Spain.

“What helped them win the award was the most extraordinary set they built of a 10 seater Japanese restaurant that was of a truly professional standard.

I’m very proud of all the students.

Four of the five nominations in the award category hailed from the award winning The Manchester Film School, which is part of Higher Education provider UCEN Manchester.

To find out more about courses on offer at UCEN Manchester.

To read about how Miguel created the award winning film and why he chose to study at The Manchester Film School visit era.org.uk/case-studies/10-service-chargetipped-for-success