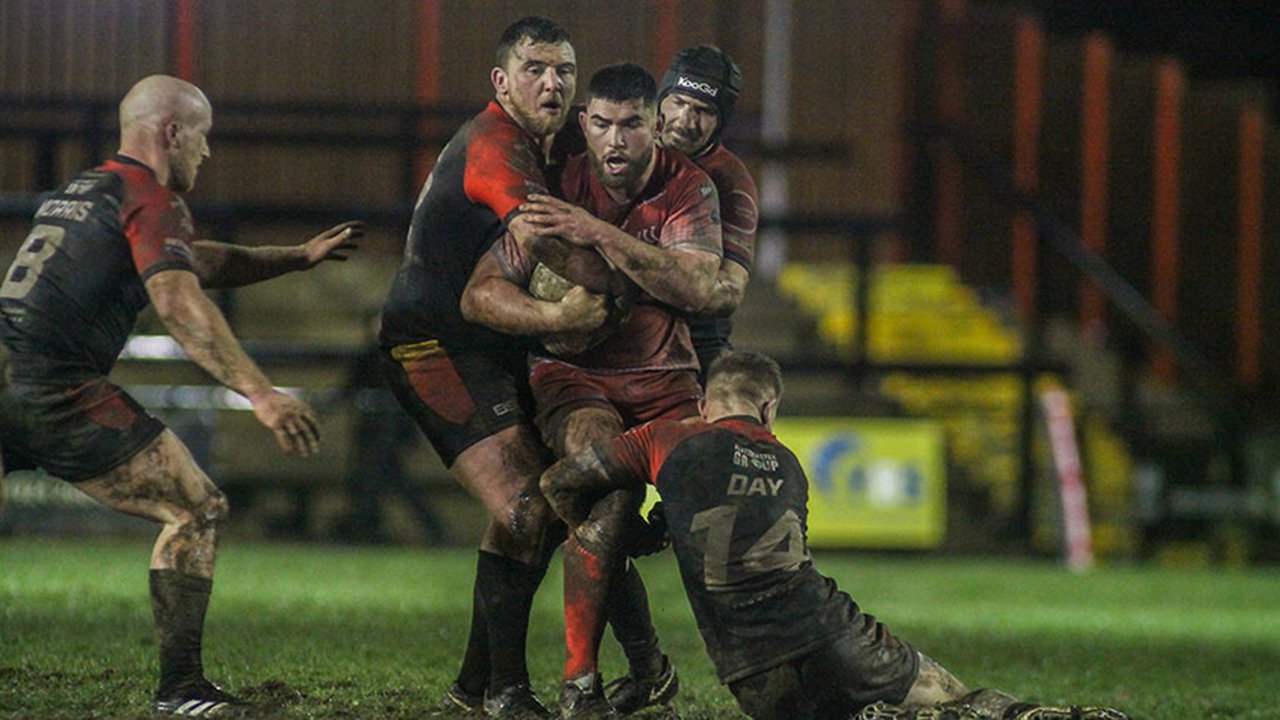 Out of 300 students who competed and took part in the gruelling trials and training sessions, Luke was one of just 26 who was selected in the final squad.

16 Universities are represented in the 2020 England Universities 26-man squad, demonstrating the national reach of University Rugby League with almost a third of the players coming from the Midlands and Southern regions. ​

Players have been selected from a round of inter-regional games in December 2019 and the annual University Rugby League Origin game which took place earlier in February.

We caught up with Luke to discuss his achievement.

Luke, why is this opportunity so valuable to aspiring sportsmen in your field?

“You are competing against all the students in the UK, representing universities across the country."

To be picked from 300 other really good players from all over the country is one thing but it’s an opportunity that could potentially open doors for a great career.

Would you say this is once in a lifetime experience and is it very competitive to earn a place in the team?

“It’s not a common opportunity at all. I know of a few lads who have gone on to play for England but that’s not to say it’s easy to accomplish or handed to you on a plate.  I’ve been very lucky and hopefully, I’ll get taken on to play on for the 2021 world cup through establishing myself in this programme.

“This year will take me to the 2020 Four Nations in Belfast which is just amazing in itself. I’m 26 years old and if someone had asked me last year if I would still be at University, I’d have said no [laughing] but if they asked me if I’d be playing for England Universities Rugby league Squad, I’d have said definitely not! “

“I applied with the support of UCEN Manchester, played through two trial matches and attended training away days where we were assessed by the coaches.

“Even then to visit these top training campuses and have use of industry-standard equipment, the strength and conditioning training, physiotherapy and facilities - it was a real treat."

It makes you hungry for success.

Would you say that your studies at UCEN Manchester have or will contribute to your sporting career?

Whether it’s understanding the best ways to train or the health and physio side to the sport, my course has had a huge impact on my career.

"It’s because of this course that I will always have options to fall back on if it the time comes that I can’t play professionally.

UCEN Manchester are massively responsible for me gaining this experience.

"I’m incredibly grateful for the opportunities and support they offer, including the Hardship funding which has allowed me to pursue this programme.”

Finally, what are your hopes for the season/future?

“I currently play semi-professionally and I also coach a junior team in my spare time – not that there will be an awful lot of that anymore. I hope to just continue on this path and progress through this programme so that I am in with a chance of playing in the 2021 World Cup.”

From March, Luke’s programme with the England squad will consist of five training sessions and a UK tour of five matches, all leading up to the grand finale at the 2020 Four Nations Competition in Belfast, Northern Ireland held in June.

Lee Greenwood, Head Coach at Dewsbury Rams said: "Luke's worked really hard over pre-season and had a really good start to the season for us. Then in the background, he has been working through his trials for the University Rugby League too.

"His Sports Coaching course at UCEN Manchester ties in nicely for him being able to lead the Rampage Club on a Monday night. He is a nice lad, who has a good personality and we are lucky to have people like Luke around the place, he has my full backing."

Find out more about the available sports courses at UCEN Manchester