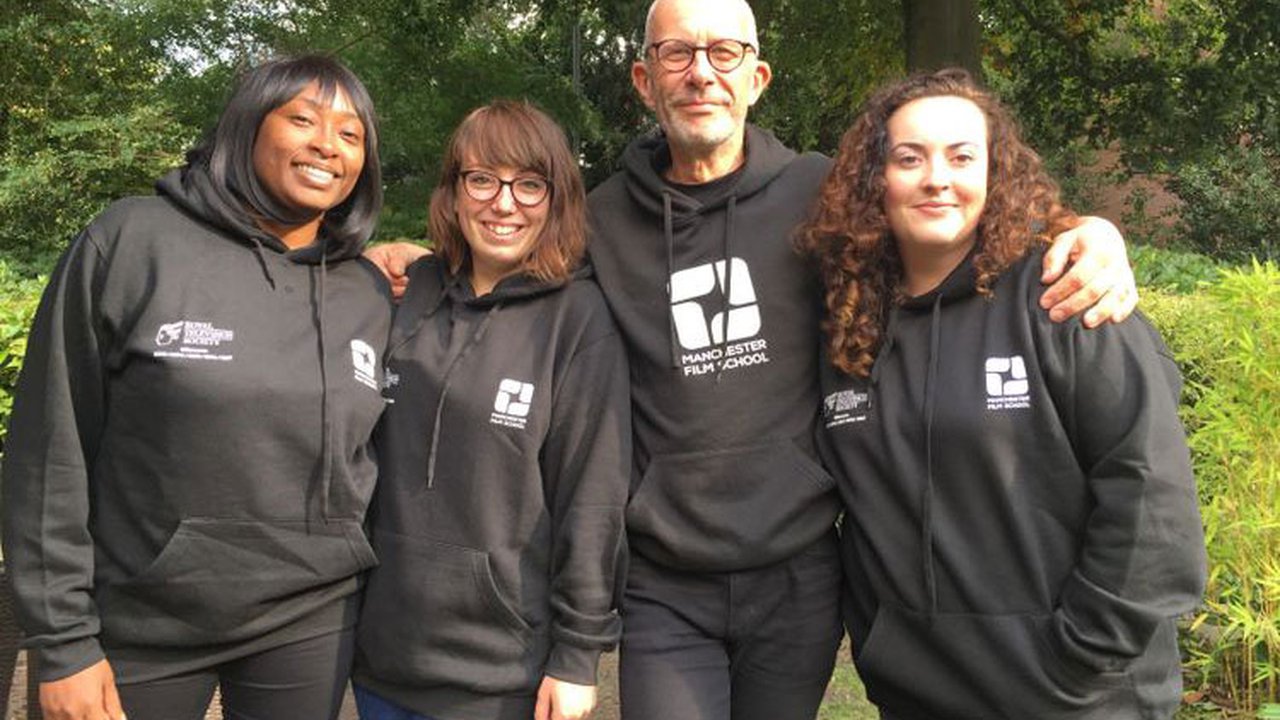 It’s been five years since Amy McIntyre graduated. Such is the pedigree of our UCEN Manchester students, Amy has yet to work on a set without one of our graduates on the crew.

When she got the opportunity to join the new TV project of legendary director Shane Meadows as a script supervisor, Amy wasn’t surprised to find two more of our graduates on the crew.

Marika McCaulsky and Alex Hollowbread are both camera assistants on The Virtues, a new drama starring Stephen Graham.

Amy said: “So many of our graduates are working in the industry and it’s all down to the practical experience we got while studying and the standards our tutors held us to.

“They actively encouraged and supported us to get experience throughout the course, so this put me in a position where I could walk on to a professional set with confidence after graduating.

“I’m now in a position in my career where I can recommend people, and I know that people who study at UCEN Manchester’s The Manchester Film School will have had the same high level of teaching and experience that I did.”

As a script supervisor on The Virtues, Amy is a crucial link between many parts of the crew. She works closely with sound departments, production teams and camera assistants such as Marika and Alex to determine what part of the script is shot and when.

During shooting, she is on hand with Shane Meadows to act as a conduit between him and the editors.

“If you told me five years ago that I’d be a script supervisor here, I just wouldn’t believe it,” said Amy.

“I didn’t have any qualifications in media before I started studying, so it just shows how attainable a career is through a course like that.”

The Virtues will air on Channel 4 in 2019. To find your future with a course through The Manchester Film School, click here.