Glittering ceremony for Class of 2019 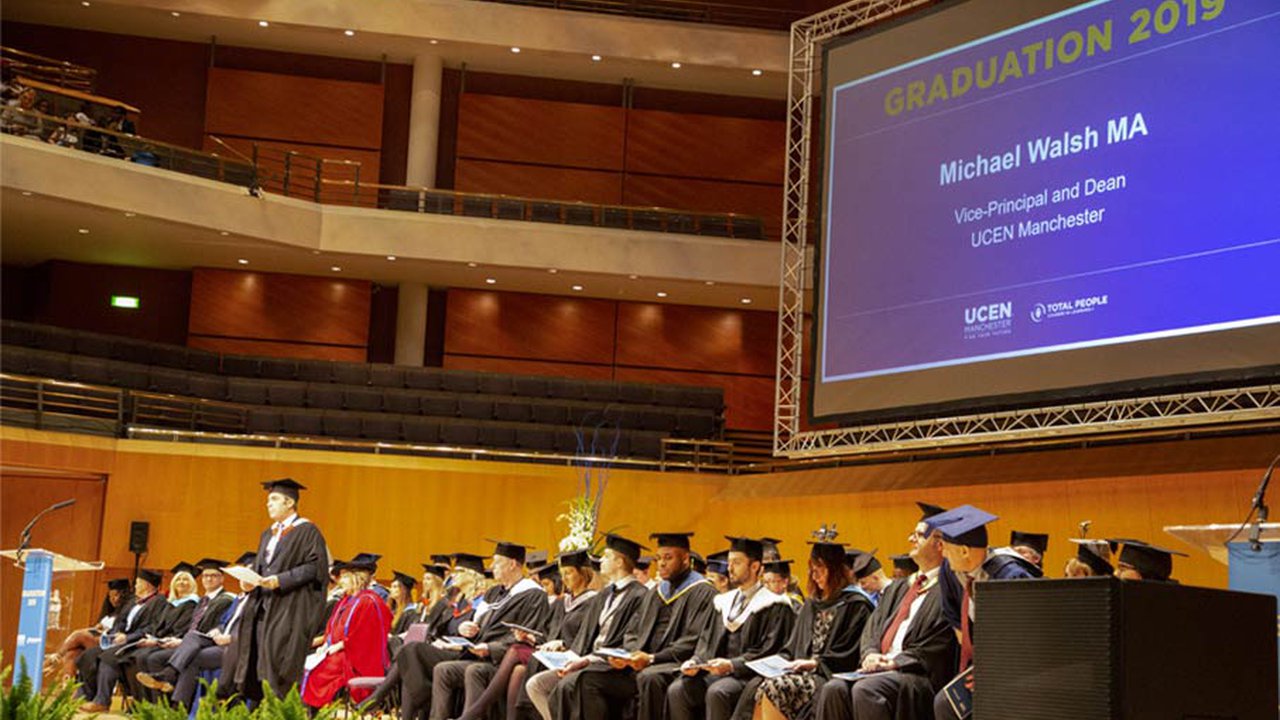 Graduates marked the culmination of their hard work and achievement on Tuesday (29 October) at the 2019 UCEN Manchester and Total People Graduation.

Almost 400 graduates took to the stage at The Bridgewater Hall in Manchester City Centre to receive their honours in front of tutors, dignitaries, special guests, family and friends during a morning and afternoon Ceremony of Awards.

Wearing the traditional cap and gown decorated with the colours of their validating partners, they were welcomed into the auditorium by the rousing sounds of the Rock Choir before the Bridgewater Hall organist announced the arrival of the academic stage party.

Alumni speaker Thomas Vernal, a former student of The Arden School of Theatre who is currently starring in the hit musical comedy ‘Book of Mormon’, inspired the audience with a passionate speech to graduates about changing their narrative and achieving their full potential.

After being presented to Lisa O’Loughlin, Principal of The Manchester College, graduates heard from Students’ Union president Sam Lowe who thanked all in attendance as final guest speaker.

Michael Walsh, Vice Principal and Dean of UCEN Manchester, said: “Graduation is a landmark moment for our students, their friends and families, and reflects a major personal achievement for all in attendance.

The day itself is a celebration of our student’s hard work and commitment and I wish the Class of 2019 all the very best for their future.

You can re-watch both the morning and afternoon 2019 Graduation ceremonies here.