Catching up with Owen 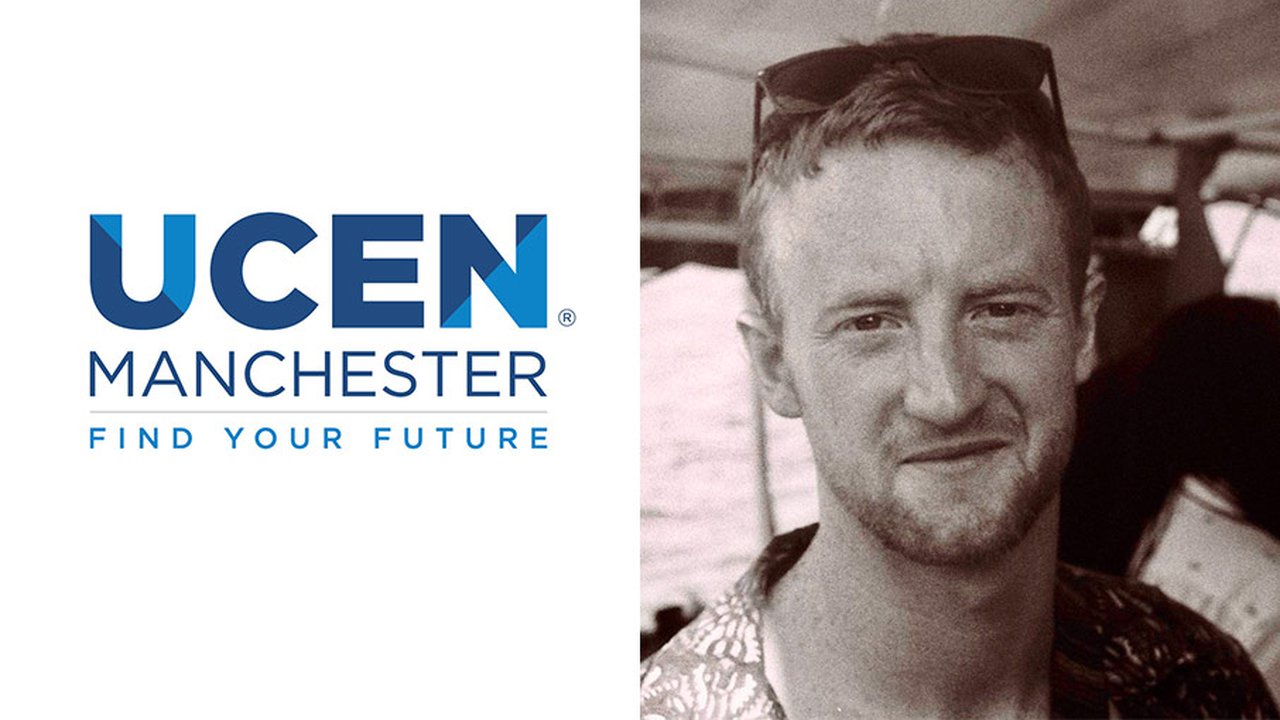 UCEN Manchester alumnus Owen Cant on how the Manchester Film School prepared him for his career.

Cinematographer and Manchester Film School alumnus Owen Cant has been putting the skills he acquired during his studies to good use since graduating from his Film & TV Production course in 2013.

When he’s not working on projects for the likes of Netflix and the BBC, he is delivering ‘in-conversation’ style workshops with current UCEN Manchester students.

His latest production, a short film by Paul Chambers called Three Bullmastiffs in a Corner Kitchen, saw him work use recovering drug addicts and street-casted performers to realistically portray those struggling from addiction, leading to positive coverage from British Cinematographer magazine.

Now, he’s preparing for a return to education, having successfully gained a place at the incredibly prestigious National Film and Television School, whose alumni includes Sir Roger Deakins, to study a Master’s degree in Cinematography.

We spoke to Owen about his latest projects, why he wants to return to education and giving something back to the next generation of filmmakers.

Tell me about Three Bullmastiffs in a Corner Kitchen. What was it like working with recovering addicts on such an important topic and why was that choice made?

'Three Bullmastiffs in a Corner Kitchen' is a short film I worked on as cinematographer, that is based on a script adapted from a spoken word poem written by Sam Batley whilst in recovery. The film explores the situations and decisions, personal trauma and generational toxic masculinity that lead him to turning to alcohol and drugs. It takes a look at the 'why?' young people can find themselves feeling helpless and why a lack of opportunities can easily result in them going down a certain path, told through Sam's personal autobiographical journey.

I was instantly drawn to the 'Three Bullmastiffs' story as soon as I heard it spoken by Sam. Its gritty rawness attracted me straight away because I could hear the honesty and authenticity- the power in that caught my attention.

From the beginning of the project, myself, Sam and Paul Chambers (Director) were keen to make authenticity a key priority in the process of making the film, so that we were delivering the tone of Sam's story as realistically as possible. This helped direct our creative decisions, such as the locations we used, choosing to shoot on 16mm film and involving actors who themselves are in recovery from alcohol & drug addiction.

Involving actors who were and still are residents in a recovery centre in Liverpool was a powerful experience. Many of those had been in similar situations themselves in their real lives to the ones they were acting in, so were able to make useful suggestions and play the characters with the kind of authenticity that only comes from lived experience.

Can you tell us anything about other projects you’ve been working on lately?

In terms of my day to day work as a camera assistant, I recently finished working on 'Stay Close', a TV drama for Netflix produced by Red Productions and I have just begun a new job called 'The Gallows Pole', a period drama being directed by Shane Meadows for the BBC. On those projects I work as 2nd AC, as I have been for the last five years. This on set experience has been highly valuable when coming to shoot my own projects- I draw on it constantly.

Continuing on from 'Three Bullmastiffs in a Corner Kitchen', we decided to shoot a documentary called 'One Day at a Time' focusing on the lives of the guys who live in the recovery house in Liverpool (Damien John Kelly House), some of whom acted in the short film. As well as being the title of our film, 'One Day at a Time' is the name of the group that the guys from DJK House use for their creative and sports projects. They are involved in a variety of spoken word poetry, photography, writing, painting and sports activities that help develop their new way of life. Our film focuses on how creativity can be used as a key part of recovery in expressing your thoughts and emotions and finding a new path in life.

Drug addiction and recovery is often presented in a wholly negative and simplistic way in the media, without really exploring underlying issues but I hope our film subverts that. Shooting the documentary was an amazing experience; it was genuinely inspiring to speak to people who have managed to turn their lives around and were so open and honest when talking about their experiences. Also, truly getting an understanding of what the 'recovery' process means, in that it is not simply about abstaining from substances but about building a new identity and life after rehabilitation, I found very interesting and humbling. Hopefully, we managed to capture all of that on camera and it will come through in the finished film.

What are your reasons for now doing an MA in Cinematography at the National Film and Television School (NFTS)?

The Cinematography MA course at NFTS will give me the space to develop my talents and identity as a cinematographer. The collaborative nature of the course structure will provide me the opportunity to work with other equally driven people, in an environment that encourages experimentation- which is hard to come by in the industry, where there is no 'safety net' of an educational institution.

I've taken camera assisting as far as I want to and learnt a lot, but I’m more interested in designing shots and working with the director to bring their vision to life than moving up the camera department ranks to another technical role- I feel like there are people much better suited to that than me.

The course at NFTS is one of the few film school courses in Europe that specialises in Cinematography- rather than an overall approach to filmmaking. At this stage for me I wouldn't want to do a course that was multi-departmental as I'm already set on cinematography and got a good grounding in what the other departments do whilst at The Manchester Film School and my years spent in the industry.

The sense of community you get when studying with other passionate people I think can really help improve your skills and I find it works well for me personally.

How do you find it when you come back to UCEN Manchester to do workshops? Why do you think it’s important you work with the current students?

I enjoy giving back to a course that I got a lot out of and it’s always nice to catch up with my tutors, see how the course is running now and meet the next generation of filmmakers coming up.

As someone who was a student of the course themselves, I know how valuable it is to have freelancers come in to teach. They are able to give insights into what is happening in the industry and the way things are being done currently that you won't find in a book. This is important because the industry is in a major boom at the moment, so people are constantly on the lookout for crew to fill entry level positions who have a basic knowledge, but most of all a keen attitude. I hope that the more advice I can share with students about that, the more likely they are to secure work.

Manchester Film School is 30 years old this year. What does the institution mean to you?

I had no idea it was 30 years! MFS is the place where I honed in on what part of filmmaking I wanted to develop my career in. It gave me the grounding and knowledge I needed to go out and find work as a camera trainee. It also allowed me to experiment and learn through creating projects with other like-minded students. It fuelled my passion for filmmaking, and I count myself lucky for having attended the course.

How did your tutors support you during your studies?

My tutors were always on hand if I had any questions regarding the work, but more importantly for me, were a constant source of information due to their years of experience in the industry. The fact that the tutors have been there and done it themselves, really puts you at ease that you are getting the right information about the way in which film production works in practice, on set.

What was your favourite module or thing you learnt while studying at UCEN Manchester?

I really enjoyed shooting a number of the graduation projects in my final year. I think over the course of about two months I worked on around seven different short film projects, week in week out. I really enjoyed this intense creative period and it gave me the opportunity to make mistakes and learn from them whilst experimenting with new ideas.

How did your time at UCEN Manchester prepare you for your career?

MFS gave me the launching pad from which to enter the industry as a camera trainee. It helped me develop a level of technical knowledge, a solid understanding of the roles of the other departments on set but most of all knowing what is expected of me when starting out.

I think the most useful aspect for me was just to be part of a community of other students who were into film as much as I am, feeding my passion for filmmaking and being creative in a team.