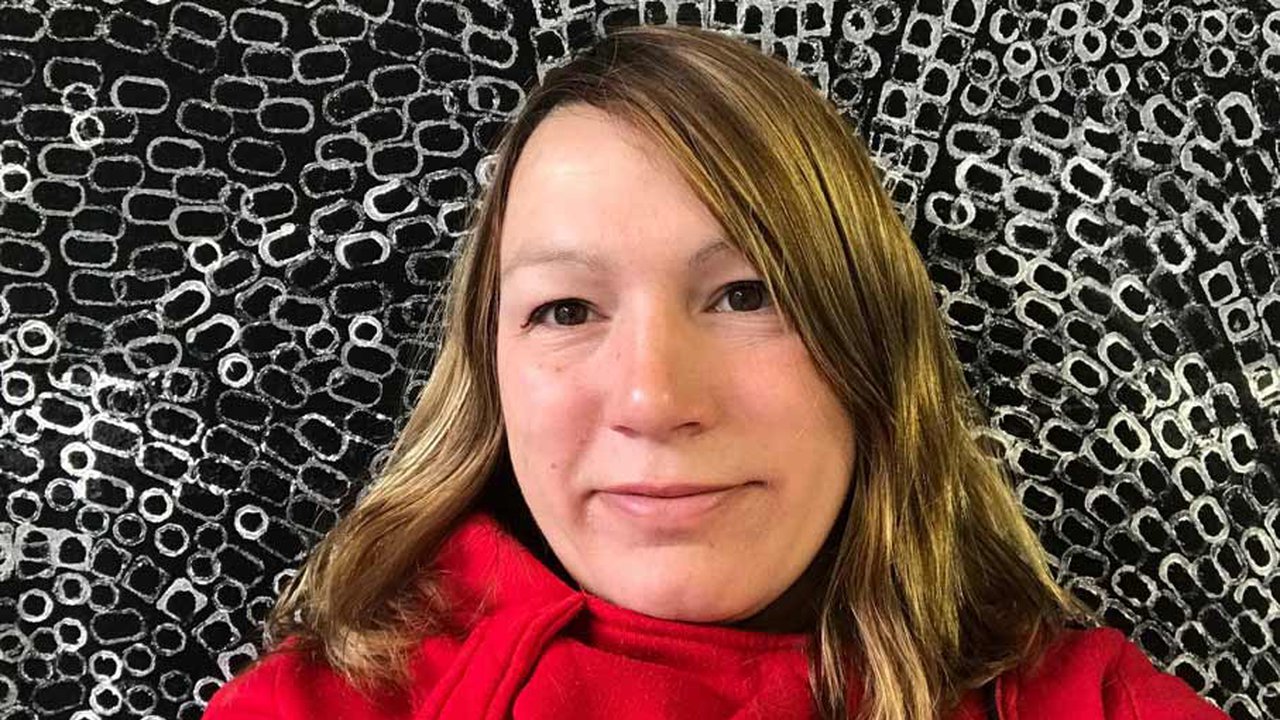 Rachael, who teaches the Contemporary Arts Practices Foundation Degree, was contacted by the BBC after submitting her art into this year’s exhibition, which had to be postponed due to the pandemic.

After being interviewed in her studio Rogue Artists studio in Openshaw, she was filmed taking her painting to London and will be one of four artists to feature in the show which will air tomorrow on BBC 2 at 8.15pm.

She said: “The BBC contacted me after I was shortlisted for the summer exhibition and after a few phone interviews, came down to my studio to film me there, as well as in the courtyard of the Royal Academy in London.

“It was great to be back as I actually studied a Masters in Fine Art Painting at the art school linked to the Royal Academy of Arts and was one of only 18 students in the whole year who were chosen to attend.”

Rachael is a contemporary painter who specialises in creating abstract landscapes by applying a multitude of paint layers and patterns to the canvas.

After combining teaching and painting for many years, a renewed enthusiasm for her art just over a year ago resulted in a burst of creativity which led her to submit her works into a wide range of art competitions.

Not only did this result in Royal Academy recognition but her students have been equally inspired and successful. Rachael will also be displaying her work alongside that of three of her students – Lauren Gnn, Christine Cooper and Tea Gurili – at the Technically Brilliant art space in Warrington.

She said: “My students have been really excited for me and are rooting for me. I’m excited about the programme but it’s also a little unnerving as I’ve never been on national TV before.

“I feel it’s fundamental for any artist to keep creating and producing works even if they are teaching.

There are many tutors at UCEN Manchester who retain that link with industry and that's really important and beneficial for both students and tutors.

Find out more about our wide range of Creative Arts and Digital Media courses.